South Africa is known, the world around for its abundance of wildlife, not least of all its many birds. It is home to more endemic birds than any other country on the continent. Of the 850 recorded bird species in the country, around 725 are resident birds. An impressive 50 avian species can only be found in South Africa, giving birders a prime opportunity to spot something very special.

The key factor in both the number of species and the degree of endemism is the diversity of habitats. It’s literally a world in one country, divided into seven different biomes, arid and moist savannah, desert, forest, grassland, Karoo (a semi-desert type biome) and Fynbos (chaparral-type vegetation). While the savannah occupies much of Africa south of the tropics, and desert comes into its own in neighboring Namibia, the other biomes are fairly unique and as such holds much interest for international birders.

South Africa is a country on the southernmost tip of the African continent, marked by several distinct ecosystems. Inland safari destination Kruger National Park is populated by big game and it’s the home of the Big Five(African Elephant, Black Rhinoceros, Cape Buffalo, African Lion and the African Leopard)

The Western Cape offers pristine beaches, lush wine lands around Stellenbosch and Paarl, craggy cliffs at the Cape of Good Hope, forest, and lagoons along the world-famous Garden Route, and the city of Cape Town, beneath the flat-topped Table Mountain the New 7th Wonder of Nature. Come and Explore. 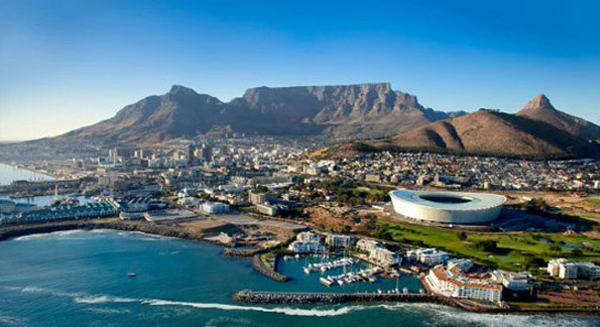 This itinerary is especially well suited to any time of year. South Africa is especially ideal during the winter months (May – September). These months are among the coolest, and additional layers are strongly recommended for early mornings and evenings. Cooler temperatures also make for pleasant conditions, though the winter months do experience more rain.